Last week, the current administration’s third attempt at a Muslim ban was struck down by the Court of Appeals for the Fourth Circuit. According to the ACLU’s Feb. 15th article (link below), the ban was declared unconstitutional because it violated the freedom of religion clause of the First Amendment. The prejudicial nature of the ban was described by the court:

…the Court of Appeals for the Fourth Circuit stated that the ban’s purpose has always been and remains to “exclude Muslims from the United States.”

To read the full article, click the following link: https://www.aclu.org/blog/immigrants-rights/appeals-court-declares-third-muslim-ban-unconstitutional 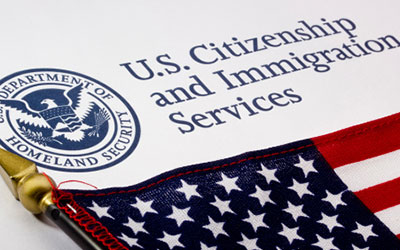 Becoming an United States Citizen: How Long Does it Take?

Date Posted: February 20th, 2018 Most native-born Americans have no idea how long it takes to legally become a U.S. citizen. Lawrence-Journal World explored this issue through the case of Syed Ahmed Jamal who took Read more…